Interview with Valerie Burton (One of the Charity’s Founders) 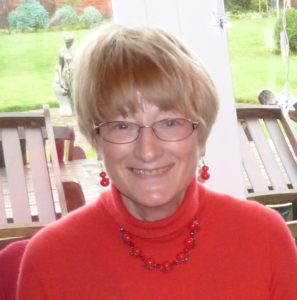 The sarac we have today is very different from its humble beginnings of over 20 years ago.

For nearly a quarter of a century previous to this, sexual abuse was very much a taboo subject. No one spoke about it and there was no place for victims to go in the aftermath. A few forward-thinking women saw a need for a meeting place where victims could just off-load the trauma of their suffering.

The catalyst for this was the personal experience of one of these women and an absolute determination to help others in the same position. That same determination drove the sourcing of a couple of rented rooms in the hopes of effecting the dream. These rooms were small, dingy and situated above a dentist, next door to a fast-food restaurant on Station Street, Burton upon Trent. Such was the drive and determination that the whole place was redecorated by these women themselves and furnished on a ‘beg, steal or borrow’ basis, and they ended up with two serviceable rooms. One was used for administration, with the administrator paid for, which was a new part-time position using funds from the Drakelow Power Station community initiative. The other was a storeroom, and was also used as a counselling room. It was a time of real pioneering work and forging into the community by a group of strong, like-minded individuals, who were striving to make lives better for women suffering from the trauma of sexual abuse. There was no other group within the town that dealt with this gritty subject matter, but that wouldn’t, and didn’t, put those pioneers off. Funding was sourced to pay for heating, lighting and the rent, and so the place quickly went ‘live’.

When clients came to their sessions, because there was no waiting room, they were asked to wait outside the fast-food restaurant. A volunteer would come to collect them when it was time for their session, but, because of the secrecy involved in trying to maintain client confidentiality, it was almost through coded messages, nods and looks.

It was an exciting time, but also a frightening one. They were pretty much on their own; there were other women’s groups in the town, but there was no networking in those days, and it wasn’t until much later that sarac became part of the regional and national groups in this field. Valerie said, “It was flying by the seat of our pants, feeling our way forwards. We certainly didn’t think we would be here 20-odd years later.”

Through a succession of funding bids, the premises and set up that sarac has now were firmly established. We now have dedicated teams, paid staff positions and a broader base of volunteers than all those years ago on Station Street.

Valerie also explained, “…liaison with the police came about because of a training event with a policeman who came to teach us self-defence (and I’ve since learned that no policeman would teach you what that policeman taught us). Since then, the police service as a whole has gone through its own learning curves. The inclusion of one of our previous managers lecturing on sexual abuse at police headquarters in Stafford, combined with a shift in the police’s training to include awareness of the subject (within Staffordshire at least), is down to sarac.”